NOTE: When you add this item to cart, you will see a second line item showing the individual packs that are part of this bulk pack, with a price of $0.  This does not mean you will be getting double the blades - it is only for our inventory and order picking systems.  Sorry for the confusion, we're trying to figure out a better way to do this but our new website makes it difficult!

Thank you for submitting a review!

Your input is very much appreciated. Share it with your friends so they can enjoy it too! 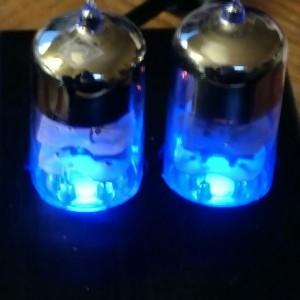 Excellent blades that are sharp and smooth

I've been wet shaving for over three years now and use mostly vintage Gillette razors (British Aristocrat #15, Superspeed Red Tip and Slim Adjustable) and a few modern razors (Merkur 38c and Muhle R41). These blades gave me a smooth and irritation free shave in all of the razors I own. I found them to be as good as Gillette Silver Blue and Astra Superior Stainless yet less expensive. I really like these blades, especially since they are such an excellent value. 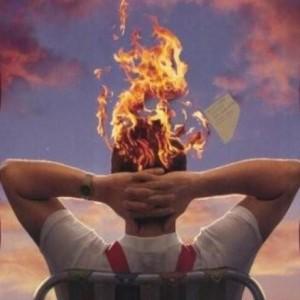 Over the years I've tried too many different brands of blades to count. About 5 years back I finally settled on Astra SP as my go-to blade. but frankly, I started feeling that their quality was going down, though their reputation continued to be the recommended blade for price/performance in the online community. And while I'm well aware that the motto YMMV is a truism, for me, I have found the Rapira Platinum Lux an excellent replacement for my old brand at a comparable price. And while I often had to wait for that second shave to smooth out the Astra, the Rapira's have given me an excellent shave straight out of the wrapper. I'd recommend this blade to both beginner or veteran alike.

Great blades at least for me...but the razor of the brand, the 10$ one was total garbage! does not align razors evenly...so it like mowing the grass with a bent blade uneven and lots of nicks! And if you don't get it tight it will out in out cut you up!

Double Edge Razor Blade Review I started shaving with a DE Razor about a year ago. When trying to determine what blade to use by reading various blade reviews, on this site and others, I concluded that there were as many different opinions as there are blades. Very few reviewers indicated what type of razor they used, what their shaving technique was, or what type of beard they had which seemed to me to be critical when deciding what blade worked best for me. So, I decided to do my own testing so that I would conclusively know what blade, and razor combination, gave me the best shave possible. I wanted to know that at the end of my testing I would have the blade(s) that worked best for my beard and razor(s). Because of the consistency and number of blades tested this process took several months to complete. Equipment used: - A Muhle R89 closed comb razor - A Muhle R41 open comb razor - A synthetic black “Satin Tip” The Purest shaving brush - Van Der Hagen unscented shaving soap - A soap dish to build lather - A post-shave “Gentlemen Jon’s” alum block - Blades tested: Merkur, Astra Superior Premium Platinum, Red Pack Persona Platinum, Gillette Wilkinson Sword, Crystal, Lord Platinum, Silver Blue Gillette, BIC Chrome Platinum, KAI, Rapira Platinum Lux, and Feather “New” Platinum Coated Blades. Obviously, there are many more blades on the market but this group seemed to provide a good cross-section of highly rated blades. Technique: Before describing my technique I must explain my beard qualities. I have fairly coarse hair follicles and my beard, originally dark brown, is now mostly gray so that also adds to the coarseness. I can grow a full beard but not “duck dynasty” thick. On a scale of 1-10 with 1 being blond, thin and sparse and 10 being black, dark and thick I would estimate my beard is about a 7. So, if your beard quality is between 5-9 this review may be very relevant and at least narrow down your possible choices of blades. My technique was to wait until I had 3 days of beard growth for each blade tested. I would shave after taking a hot shower to insure my beard was soft. I did not use any pre-shave oils for my blade testing. Immediately after showering I would load my brush and then slowly build a rich lather in the soap-lathering dish. I would only add about 5 or 6 drops of water at a time when building lather to insure that I would end up with a rich consistent lather for each blade. I would make three passes with each blade. One pass down the face and neck, one pass up the neck and face, and one pass across the neck and face. Below my chin down to my Adam’s apple I typically did some minor follow up after the three passes because my beard grows in different directions in that area. When finished shaving I would rinse off the lather with warm water and then I would close the pores with cold water rinsing. I would then dip the alum block in cold water and rub over my face and neck. This would help close the pores, arrest any possible minor nicks and would give me a great indication of the amount of razor burn that might have occurred with that blade. This left my face baby-butt smooth and ready for a non-alcoholic post shave lotion. I followed this procedure with both the open combed Muhle R41 razor and the closed comb Muhle R89 head. Results: My goal was to test all blades with both razors, and of the 11 blades tested to eliminate 7 or 8 blades, and then test the remaining blades against each other. I won’t bother giving you all the data on the blades eliminated but after my first run of all blades using both the R89 and the R41 I ended up with 4 blades making the final cut. They were: Astra Superior Premium Platinum, Silver Blue Gillette, Rapira Platinum Lux and Feather “New” Platinum Coated blades. Keep in mind that the results apply to my face with my technique and may not apply to you, but given my considerable effort to eliminate as many variables as possible the empirical results of my testing may assist you in finding an appropriate blade. Also, my rating system is subjective. I rated the blades on a 1-10 scale. The final group of blades are all very good quality blades hence the ratings I gave them appear high. Several of the blades that didn’t make the finals were rated much lower. Rankings with closed comb R89 Razor: Feathers Platinum Coated received a 10.0 grade and a number 1 ranking. This blade is very sharp and provided a smooth close shave. I didn’t receive any nicks with just a little more razor burn than the Rapira Platinum Lux. Rapira Platinum Lux received a 10.0 grade and a number 2 ranking. These blades were so close in quality with the R89 razor that either could be ranked 1 or 2. I gave the Feathers a #1 ranking because it was minimally smoother but the Rapira had a bit less razor burn, so it was virtually a toss-up. Silver Gillette Blue received a 9.25 grade and a number 3 ranking. These are quality blades that I think anyone would be happy with. There were no nicks, no

Added to your cart: